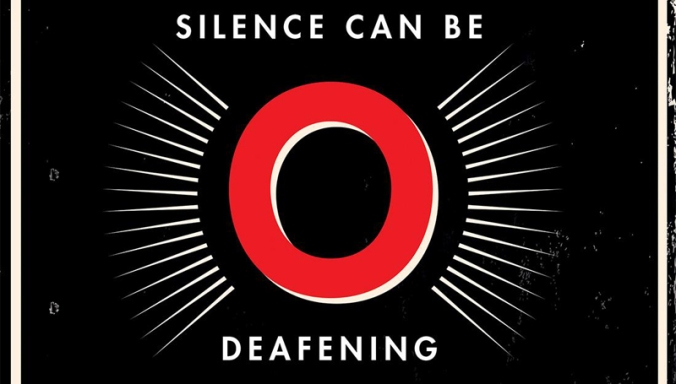 Before starting this review I want to address something: If you’ve been following my blog you might notice that I always make graphics suited for each book cover and publish them with my review, it has recently become very tiring to do that because of many books that I have to read so I decided to make universal graphics for my reviews. I did make some book themed graphics for future books which will show up from time to time but my reviewing esthetic will be the universal one.

What first attracted me to VOX was the promotional campaign started by the pubishers (HQ) which looked so interesting and so mysterious. I was lucky enough to get picked by them on Instagram as one of the people to read and review this book before its publication day in August.

VOX is a story set in dystopian America where all women have been silenced and stripped from all their rights. Women are forced to wear bracelets which record their word count – the word limit for women is 100 words per day while men are free from this and are free to speak their mind. In this chilling world a woman called Dr. Jean McClellan, a neurolinguist, is called to help in a government matter because she’s the expert when it comes to language and how the brain uses it but will she be able to do it? In a world which is too absurd to imagine Joan must fight to save herself and her daughter and secure a better future not just for her sake, but for every woman’s sake.

I very much enjoyed reading this book because it offered a great look on feminist dystopia. This book is already being compared to The Handmaid’s Tale which is understandable because it is set in a similar world where women are looked upon as weak and unnecessary. VOX is a great dystopian book with short chapters which made it very easy to read and follow. When it comes to certain scenes in the book I have to say that the way Jean was presented was OK but something felt missing when it comes to her character, I liked that she was very protective and ready to do anything in order to shield her family but I had an issue with her and another character which I won’t get into because of spoilers. What I also found as a downfall is the ending which was a bit rushed and could’ve been better thought-out but it did leave me satisfied. Despite my minor struggles I have to say that VOX is one hell of a action packed book which will thrill any dystopian lover.

VOX is a thrilling book set in a world where women are silenced and where men have the last word but in it hides one woman who is determined to change the world they live in for the better.

I would like to thank the publisher (HQ Stories) for sending  a copy of this book my way in exchange for an honest review. All opinions mentioned here are my own and weren’t influenced by anything.

Christina Dalcher earned her doctorate in theoretical linguistics from Georgetown University. She specializes in the phonetics of sound change in Italian and British dialects and has taught at universities in the United States, England, and the United Arab Emirates.
Her short stories and flash fiction appear in over one hundred journals worldwide. Recognitions include the Bath Flash Award’s Short List; nominations for The Pushcart Prize, Best of the Net, and Best Small Fictions; and multiple other awards. She teaches flash fiction as a member of the faculty at The Muse Writers Center in Norfolk, Virginia. Laura Bradford of Bradford Literary Agency represents Dalcher’s novels.
After spending several years abroad, most recently in Sri Lanka, Dalcher and her husband now split their time between the American South and Naples, Italy.
Her debut novel, VOX, will be published in August 2018 by Berkley (an imprint of Penguin Random House).