Today is my stop on the RULES FOR PERFECT MURDERS blog tour! I am sharing with you a short extract of the book.

The waiter was hovering, so we both ordered. Agent Mulvey got the eggs Florentine. I wasn’t hungry but ordered two poached eggs on toast, with fresh fruit on the side. After we ordered, she said, “This has me thinking about rules.” “What do you mean, ‘rules’?” “Okay,” she said, and thought for a moment. “If I was the one who had set myself this task…… this goal of committing the eight murders that you described in your list, then it would be helpful to set some guidelines. Some rules. Do you copy the murders exactly? Or the idea behind the murders? How similar do they have to be?” “So, you think the rules dictate that the murderer adheres as closely as possible to the actual murders in the book?” “No, not the details of the murders, but the philosophies behind them. It’s almost as though the murderer is testing these books in real life. If the idea was simply to mimic the books, then you could just shoot someone in a country house library and call it a day. Or, for the A.B.C. Murders, you’d actually copy them exactly. You know, nd someone named Abby Adams who lived in Acton and kill her first, et cetera. But it’s not just about that, it’s about doing them right. There are rules.”

What are your thoughts on the extract? Let me know in the comments!

Add ‘Rules for Perfect Murders‘ to your TBR: 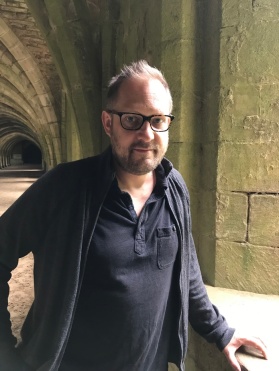 Peter Swanson is the author of four novels: The Girl With a Clock For a Heart, an LA Times Book Award finalist; The Kind Worth Killing, winner of the New England Society Book Award, and finalist for the CWA Ian Fleming Steel Dagger; Her Every Fear, an NPR book of the year; and his most recent, All the Beautiful Lies. His books have been translated into 30 languages, and his stories, poetry, and features have appeared in Asimov’s Science Fiction, The Atlantic Monthly, Measure, The Guardian, The Strand Magazine, and Yankee Magazine. A graduate of Trinity College, the University of Massachusetts at Amherst, and Emerson College, he lives in Somerville, Massachusetts with his wife and cat.