I cannot believe that I waited this long to read Dracul. In this review you will find words like wow, amazing, I found it to be wow and amazing. I seriously enjoyed this book so much.

Dracul is told in chapters which are set in the past where Bram is about eight/ten years of age and the present where we see Bram as a twenty/twenty-two year old. Dracul focuses on the mysterious nanny that has been employed by the Stoker family to care for the young ones and Bram’s quest to find what lies behind the mystery. I think that this is enough information to know before starting the book so this is where I’ll stop.

I am in loss for words to express how much I enjoyed Dracul! At an early age Bram gets sick and can’t move from his bed but whenever nanny Ellen appears he gets better. Why is that? One night when he’s so close to death Ellen appears and as if by magic heals him and from then on Bram is as healthy as an ox.  I loved everything about it – from the mystery to the adventures that Bram, his sister Matilda and brother Thornley go on! I never found a dull moment in this book and if you read the first chapter you will see why. The characters in this story were very well developed and I loved them all! The setting of the book is amazing and I loved how both authors made Bram and other characters come to life – Dracul is such a gripping story. You will get insight into Dracula which is so fascinating! Nanny Ellen Crone’s character is so good and I adored seeing her through the book! I didn’t find Dracul as scary but I found it entertaining BUT I have to note that I did get a few scares from it!

I can safely say that this book will be making my best of 2019 list because it is that good. Read it if you’re a fan of Dracula, gothic and horror books.

I would like to thank the publisher Transworld Books for providing me with a review copy of this book in exchange for an honest review. All opinions written here are my own and weren’t influenced by anything.

Add ‘Dracul‘ to your TBR:

**I am in no way compensated by these sites. I am simply sharing it so people can find this book easier 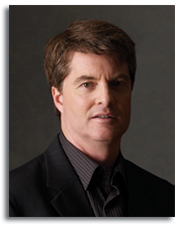 Dacre Stoker, a Canadian citizen and resident of the U.S., is the great-grandnephew of Bram Stoker. He is also the godson of H.G. Dacre Stoker, the commander of the AE2 submarine, whose tactics were instrumental in Gallipoli in World War I.

Dacre, who now calls Aiken, South Carolina home, was a member of the Canadian Men’s Modern Pentathlon Team, Senior World Championships in 1979 and coach of the Canadian Men’s Modern Pentathlon Olympic Team, Seoul, South Korea in 1988. Dacre is married to Jenne Stoker and is the father of two children. He is the Executive Director of the Aiken Land Conservancy. 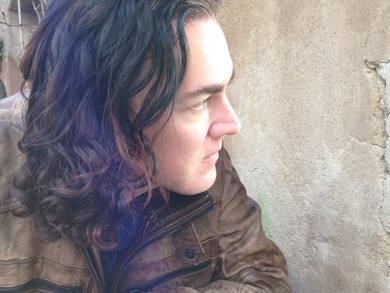 J.D. Barker is the internationally best-selling author of Forsaken, a finalist for the Bram Stoker Award for Superior Achievement in a First Novel, and winner of the New Apple Medalist Award. His work has been compared to Stephen King, Dean Koontz, and Thomas Harris. His 4MK Thrillers, The Fourth Monkey and The Fifth to Die, were released in June 2017 and June 2018 respectively. He has been asked by the Stoker family to coauthor the forthcoming prequel to Dracula due out in fall 2018. His novels have been translated into numerous languages and optioned for both film and television. Barker currently resides in Pennsylvania with his wife, Dayna, daughter, Ember, and their two dogs, both of whom sit outside his office door daily, eagerly awaiting his next novel.