I have seen this book all over social media and when I say all over I truly mean all over – Twitter, Instagram, Goodreads, Youtube and book blogs. What first attracted me to it was the synopsis because it sounds so good and unique. I’m sure that the synopsis of Seven Deaths will intrigue every lover of mystery books (if one could classify it as such).

The story revolves around one woman called Evelyn Hardcastle who upon attending a party thrown for her by her parents gets murdered. This happens every night and the quest of saving Evelyn falls upon one man called Aiden Bishop. Aiden re-lives this whole day through the eyes of different guests and what he’s tasked with is solving the mystery around Evelyn’s death. But solving her death is very tricky and Aiden must give his all in order to find out the truth behind her death[s].

I have kept this synopsis short and sweet because it’s all you need before going in. The first question that pops into my mind is – is Seven Deaths worth the hype it got and still gets? I would say that it is because it offers something unique and something I haven’t read before. The story is complex and interesting and very rich in terms of characters and happenings. Because I’ve been busy with tests/exams I’ve been reading it for a longer period than usual but I have to note that I’ve read around 400 pages in two days which says something about the book as well as Turton’s writing. I found the characters as well as different timelines to be confusing at times because a lot of stuff happens in it. I enjoyed the mystery around Evelyn as well as Aiden’s attempts at trying to figure out what exactly happens every night. The last one-hundred pages were so good and fast-paced that I couldn’t look away so even though I was in class at one point I just kept reading instead of paying attention [sorry professor]. I love the complexity of the story Turton has created because even when I was trying to guess what Aiden was missing, Turton managed to add a new layer to the story and point to a different direction. I found the conclusion to the book to be very interesting and wanted at least twenty more pages just so I could see what happened! What bothered me the most and what I mentioned at the beginning are the characters and switching timelines but other than that I found the book to be such a strong mystery.

If you’re someone who gets sort of distanced when it comes to hyped-up books I can assure you that with this one you won’t be disappointed because it will thrill you, mislead you and entertain you. The Seven Deaths of Evelyn Hardcastle stands as a strong mystery book and one of the most interesting ones I’ve read in a while.

I would like to thank the publisher Bloomsbury UK (Raven Books) for providing me with a copy in exchange for an honest review. All opinions expressed in this review are my own and weren’t influenced by the fact that I got this book free from the publisher.

Add ‘The Seven Deaths of Evelyn Hardcastle‘ to your TBR: 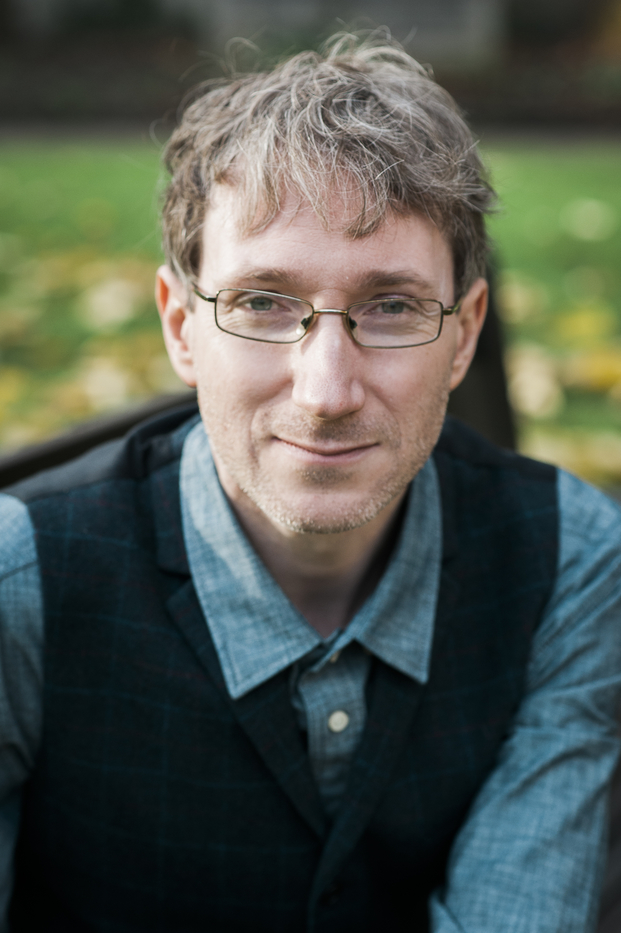 Stuart Turton lives in London with his amazing wife and daughter. He drinks lots of tea.

​When he left university he went travelling for three months and stayed away for five years. Every time his parents asked when he’d be back he told them next week, and meant it.

Stuart is not to be trusted. In the nicest possible way.

He’s got a degree in English and Philosophy, which makes him excellent at arguing and terrible at choosing degrees.

Having trained for no particular career, he has dabbled in most of them. He stocked shelves in a Darwin bookshop, taught English in Shanghai, worked for a technology magazine in London, wrote travel articles in Dubai, and now he’s a freelance journalist. None of this was planned, he just kept getting lost on his way to other places…