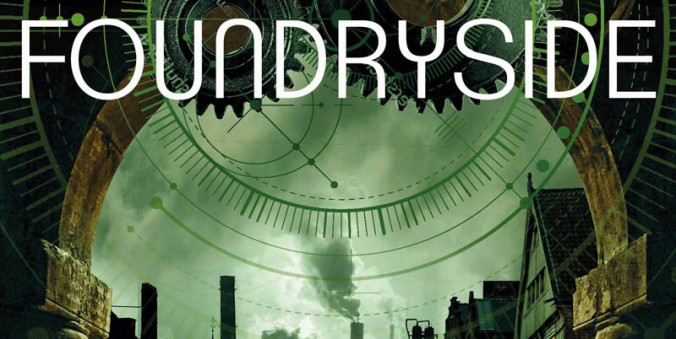 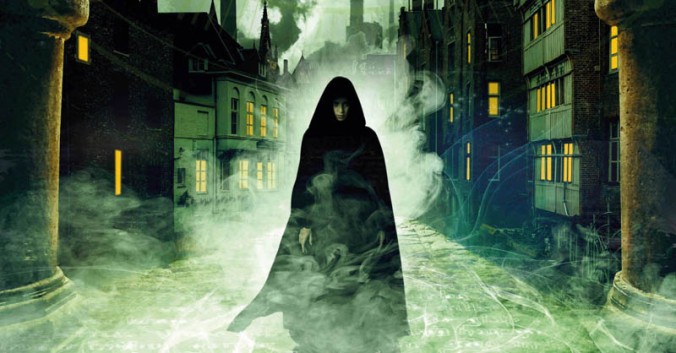 Robert Jackson Bennett is an author I’m familiar with because I bought his first novel City of Stairs two years ago for my birthday so when I saw that he had a new trilogy coming out I jumped at a chance to see what his writing is all about. I’ve yet to read City of Stairs but after Foundryside I am sure I’ll be reading more of him.

I don’t usually read fantasy books but I am always interested in trying new genres and seeing how I’ll like them so this since this is my first fantasy in a long time. Read the synopsis below:

She thought it was just another job. But her discovery could bring the city to its knees . . .

The city of Tevanne runs on scrivings, industrialised magical inscriptions that make inanimate objects sentient; they power everything, from walls to wheels to weapons. Scrivings have brought enormous progress and enormous wealth – but only to the four merchant Houses who control them. Everyone else is a servant or slave, or they eke a precarious living in the hellhole called the Commons.

There’s not much in the way of work for an escaped slave like Sancia Grado, but she has an unnatural talent that makes her one of the best thieves in the city. When she’s offered a lucrative job to steal an ancient artefact from a heavily guarded warehouse, Sancia agrees, dreaming of leaving the Commons – but instead, she finds herself the target of a murderous conspiracy. Someone powerful in Tevanne wants the artefact, and Sancia dead – and whoever it is already wields power beyond imagining.

Sancia will need every ally, and every ounce of wits at her disposal, if she is to survive – because if her enemy gets the artefact and unlocks its secrets, thousands will die, and, even worse, it will allow ancient evils back into the world and turn their city into a devastated battleground.

Considering that this is my first fantasy book in a while I have to say that I genuinely enjoyed being lost in the world that Robert Jackson Bennett has created. What I liked the most is how skilled the author is at world-building and how he describes certain things. I find the author to be hugely creative and loved reading his descriptions but at times I did feel like they were long and tiring. Our main character Sancia Grado is such a good one because of her strength and resilience – what I loved most about her character is her intelligence. Oh I have to mention Clef! Oh how much I adored Clef (Mr. Clef :D)! He was so funny and I loved the bond that Sancia and he made because it added more depth to the story. I loved the whole magic system that Bennett has created and its complexity. There are also many other characters in this book who are smart, brave, crafty, some who are pure evil! who will enrich your reading experience. The beginning of the book grabbed me because it started off with a heist and it was so action packed that you couldn’t look away. There were parts where I felt the book dragged and that made me frustrated at times but the last two-hundred pages were very fast-paced and action packed. This is the first book in a trilogy called Founders and the book leaves a satisfying ending and also leaves us with something more to look forward and discover in the second book.

What can one say? Foundryside is a very good action-packed, cleverly written and thought out book that every fantasy lover should read.

I would like to thank the publisher Jo Fletcher Books for sending a copy of this book my way in exchange for an honest review. All opinions written here are my own and haven’t been influenced by anything.

Add ‘Foundryside‘ to your TBR:

Robert Jackson Bennett is a two-time award winner of the Shirley Jackson Award for Best Novel, an Edgar Award winner for Best Paperback Original, and is also the 2010 recipient of the Sydney J Bounds Award for Best Newcomer, and a Philip K Dick Award Citation of Excellence. His fifth novel, City of Stairs, is in stores now. He lives in Austin with his wife and son.