While adding books onto my to-be-read shelf I stumbled upon ‘Small Hours’ by Jennifer Kitses. I was immediately intrigued by it and the theme it deals with – marriage. I find it funny how a nineteen year old me is interested in the theme of marriage but has no plans on getting married himself ever (that might change?) but there is something about these books that make me get excited and want to read them – maybe it’s the mystery of marriage (what secrets can one hold) or how a person can be with another person for so long. There’s so much to explore in the theme of marriage and this book deals with a certain aspect of it.

As the blurb says ‘..a husband and wife try to outrun long-buried secrets, sending their lives spiraling into chaos.’ and if that doesn’t sound interesting and appealing to you then I don’t know what does. This novel follows two spouses – the wife Helen and her husband Tom –  who have two daughters and live in a  town outside of New York. Helen is a graphic designer whose life seems to evolve around her work and her children and Tom is an editor at a science magazine who also has problems of his own – but there is one thing that is eating him alive and causing him problems with sleeping and concentrating on work and his family. Their marriage seems to be a normal hectic one as marriages are – with their children and work keeping them busy –  but what we learn is that there’s much more to it as it always is with any marriage. So that’s about it because I don’t want to spoil the book for you.

The books happenings are told in the span of 24 hours and deal with issues that come up with marriage. I enjoyed this book very much – while it wasn’t a perfect book filled with a lot of happenings it’s a book that slowly reveals the nature of the relationship between the spouses and their intrapersonal relationships. I have to say that people comparing it to ‘Gone Girl’ because of the marriage theme and secrets is frustrating and nowadays everything is compared to ‘Gone Girl’ but nevertheless this is a book which is still interesting. The characters were finely crafted but I found myself more interested in the story of the husband rather than the wife’s which is sort of the point of the book because he’s the one with secrets. What I’ll say is that this book won’t be for everyone because if you’re looking for a rollercoaster ride you’re not getting it (it’s more of a psychological book and definitely not a thriller). The reason why I say this is if you’re not interested in this subject matter you won’t like it. I’ve seen mixed reviews of this one and it just depends on your interests but I’ve enjoyed it and would recommend it. The most action comes at the end of the novel so i wouldn’t call the blurb as accurate because it might mislead the reader and build up different expectations. Just a heads up: you won’t get a satisfying ending if you’re looking for one because it leaves you wanting more.

That said this is a good exploration into the psyches of the spouses and buried secrets resurfacing and finding their way into a marriage.

I would like to thank Edelweiss, the publisher Grand Central Publishing and the author Jennifer Kitses for providing me with a copy of this book in exchange for an honest review.

Add ‘Small Hours’ to your TBR: 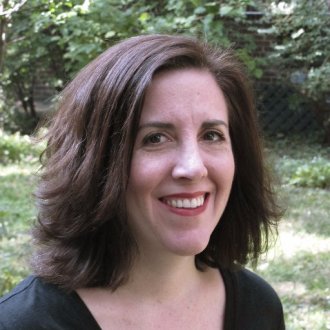 Jennifer Kitses grew up in Philadelphia. She received an MLitt in creative writing from the University of St. Andrews in Scotland, and has worked for Bloomberg News, Condé Nast Portfolio, and Columbia Business School. Her writing has appeared in The New York Observer and in Akashic Books’ online series, Mondays Are Murder. She lives with her family in New York.

Small Hours is her first novel. 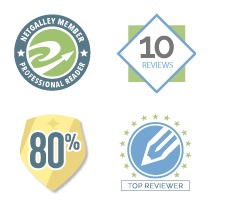